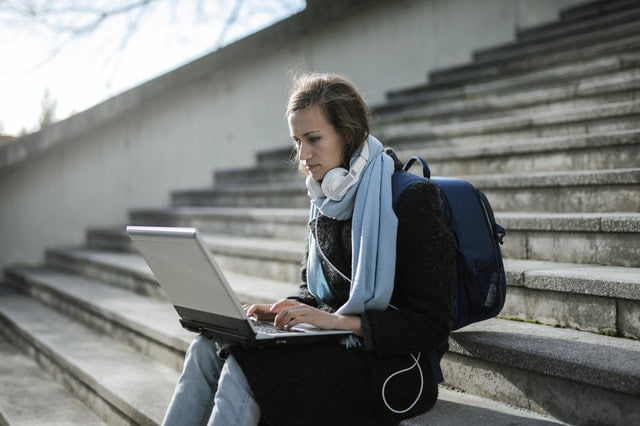 This HL7 Certification training is completely hands-on and developed in a way to help you to become an HL7 specialist.

This HL7 Online Course Training program is fully online for all healthcare professionals. Learners, Candidates, Students who want to upgrade their ability in Healthcare Applications can opt for this HL7 Online Training Course. Although there are no special skills you need to start with HL7 Training, but there are few abilities that would be beneficial for you:

This course is for HL7 programmers, interface developers and dedicated Implementers and is
designed to provide the skills for the analysis testing, problem tracking and activation of phases of an HL7 project. Attendees will learn HL7 design, trigger concepts, message formatting rules, data types, enhanced acknowledgement rules, identifiers, and table translation issues. Course work includes hands-on exercises.
On completion of this HL7 Online course, attendees will have gained a deep understanding of HL7 messaging processes and practices, with the ability to effectively read, understand, analyse, design, develop, market and test HL7 messages.

Get an exclusive live Demo Session directly from our trainer

This session will give an understanding of why messaging is used in healthcare and the goals that are
achieved. The session will conclude with a view of the scope of HL7 and the concepts and Principles
used in messaging.
• Hospital Workflow
• Why HL7 – Purpose & Scope
• Development of HL7
• HL7 Messaging system
• Understanding HL7 structure
• HL7 Concepts
• Encoding Characters

This session gives an understanding of what HL7 is and its concepts. It introduces messaging types
and trigger events and then goes into the building of HL7 messages and the elements involved in the
construction. It goes into detail of the structure and the roles of each message component.
• Trigger Events
• Message Types
• Segments/Structures (ADT^A04 – Patient Creation and Update)
• MSH

Interoperability, or the back-and-forth exchange of patient health data among different organizations, is seen as the “ultimate IT goal of the modern healthcare system,” when discussing meaningful use, HITECH and the Affordable Care Act, said Brull. “One of the major challenges to healthcare interoperability is defining common standards for structured content of healthcare data and the transport of that data between different systems, created by different vendors,” he said. Creating consensus behind a common healthcare standard is the mission of HL7, which was founded in 1987. “The HL7 Standard was created and has since become widely adopted by vendors worldwide to define content,” said Brull.

Q2. What Are Z Segments?

Z segments contain clinical or patient data that may not be a good fit for other segments of the HL7 v2 standard, said Bull. Essentially, it’s used as the ‘catch all’ for data that doesn’t fit into the HL7 Standard message definitions – Z segments can be inserted into any message. They’re also one reason why the HL7 Standard is sometimes called a flexible standard, he added. There literally are no limits to the data contained in a Z segment, or in the number of Z segments included in an HL7 message,” said Bull.

Q3.What Is An Orm Message?

According to Brull, ORM messages are general order messages that contain any request for clinical materials such as, for example, 500 ml of saline, or services like an EKG study. “Order messages are usually associated with a particular patient, but they can also be used by a department to order materials,” he said. “The transmission of ORM messages occurs between the application placing the order, and the clinical application filling the order.” Typically, he added, the caregiver enters an order in the HIS application. This then acts as the “placer” application. “The system that receives the message for the HIS application is typically considered the ‘filler’ of the order,” Brull said.

Q4. What Are Hl7 Separator Characters?

Q5. What Does Btahl72vxcommon Project Contain?

It contains Schema for MSH segment and HL7 acknowledgements.

Q6. Is It Mandatory To Configure Party For Hl7?

Yes, you need to add a party for each application that sends data into BizTalk server.

Q7. What Consideration Is To Be Taken While Dealing With Msh Entries?

Entries in MSH are case sensitive.

Q8. Why Is It Required To Have Party Configured?

Q9. Can We Override Values In The Msh Segment Of The Outgoing Message?

Yes, it is possible to override certain field values in MSH segment of outgoing message.

According to Brull, HL7 version 3 (v3) isn’t all that similar to HL7 version 2 (v2). “While v2 provides a ‘negotiated framework’ for developers to easily use and adapt, v3 was targeted to be a stricter standard that aimed to eliminate variances, in an effort to improve interoperability between all users of the standard,” he said. From a technical standpoint, he added, typical HL7 structure data uses “pipes” (|) and “hats” (^), while HL7 v3 is based on XML. “Due to a large embedded v2 base, adoption of v3 is still very slow in the U.S., with [more than] 90 percent of systems and applications still using some form of HL7 v2,” he said. HL7 v3 includes both messages and documents, he added, with v3 documents being called CDA, or clinical document architecture. “While a move to v3 message doesn’t appear to be on the horizon, CDA documents have been adopted in meaningful use standards for both Stages 1 and 2,” Brull said.

The most commonly used HL7 v2 messaging type is ADT, or admit discharge transfer messages, which record patient demographic and visit information. They’re typically initiated by the Hospital Information Systems (HIS), or a registration application, said Brull. They also “inform other connected systems about key patient information, such as [when] the patient has been admitted, discharged, transferred, or if the patient’s demographic data has changed,” such as their name, insurance, or next of kin, he said.

ORUs, or observational report messages, are usually the result message from the “filler” application of the ORM message, said Brull. They typically contain information and analysis from medical procedures, like test results from the lab or the radiology department. “ORU messages also can be used for linking orders and results to clinical trials,” he added.

Q14. What Are Hl7 Escape Sequences?

HL7 defined character sequences to represent “special” characters not otherwise permitted in HL7 messages, said Brull. “These sequences begin and end with the message’s escape character – usually “” – and contain an identifying character followed by zero or more characters.” The most common use of these escape sequences, he said, is the escape the HL7 characters defined above.

Q15. What Does Btahl7231common Project Contain?

It contains the definitional schema referred to by all version 2.31 message schemas.

Q16. Is It Required To Specify Schema Per Pipeline?

Unlike default flat file DASM that BizTalk server provides, the HL7 does not require that a schema be specified per pipeline.

Q17. When Does Dasm Generate Acknowledgements?

If configured for Acknowledgement or if MSH.15 and MSH16 request them, the DASM generates one or more acknowledgements.

Q19. Can We Alter The Namespace In The Msh Schema?

We can, but do not alter because the HL7 parser only looks for single MSH, the standard one that the HL7 accelerator provides.

Q20. What Are The Acknowledgement Types Defined By Hl7?

The ACK code is found in the MSA-1 field of the ACK message.
The following codes are supported by HL7:

Yes, for group joining and on special occasions, we will provide assured discounts and benefit to learners.

Do you accept the course fees in Instalments?

Yes, we have easy EMI instalment plans for you.

I have no idea which course to register. Can you help me out?

We will always guide you with the best-suited course that can upgrade your career. Contact us today for a free consultation.

Can I attend a free class before joining your course?

Yes, we offer an absolutely free of cost live Demo Session for every leaners.

Will I receive any course material?

Yes, of course, all course materials will be provided online.

Do you take offline classes?

No, we only provide Online training for individual and corporates.

What Our Students Have to Say